This week Hannah and I had lots planned for our wonderful family group and they well and truly rose to the challenge.

After a fun and dynamic warm-up, we began by revisiting some of the creative tasks from previous weeks; the picture task and the duet task. I was really impressed with how well everyone remembered their creative work after a couple of weeks.

We then began a new creative task focussing on the disaster itself. Myself and Hannah explained how we abstractly represent the disaster in the choreography. The dancers, slide, run, lift and fall on a diagonal line, building a momentum that gives a sense of people being tipped, rocked and thrown around. I gave the group of task of creating 4 images of being pulled in different directions. I was amazed at their responses to this simple task; everyone went above and beyond! Each group created detailed, sensitive interpretations, many representing a narrative and characters. Their use of space was wonderful and the movement they produced evoked a sense of this terrible disaster.

This week we were also joined in the studio by James Williams from Moving Productions. He is making a documentary film capturing all the different elements of the research and development for The Princess Alice. At the end of the session we interviewed some of the children for the documentary. I was really proud of how articulate they were about The Princess Alice disaster and the work we have been doing in the studio over the last few weeks.

I left this weeks session inspired by the wonderful families I have had the pleasure of meeting and working with for this project! Looking forward to next Saturday’s workshop where we will be joined by Nicola Flower again. 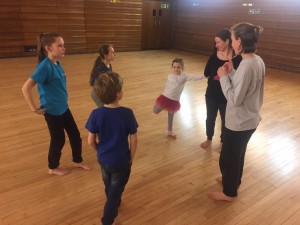 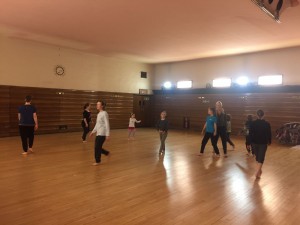