On the 4th and 5th August, DFDC took over LV21 in their most ambitious performances to date. Audiences were welcomed on board the ship and immersed in the story of The Great Thames Disaster as it unfolded in a promenade style performance around the ship. 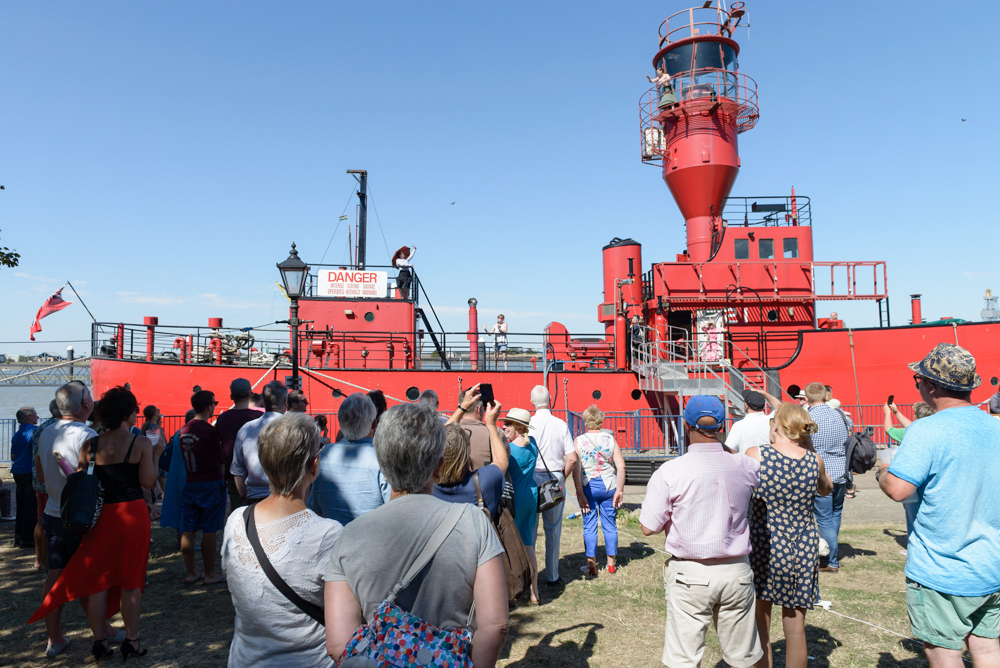 For these performances, DFDC were joined by a very talented young lady named Esther (13). Esther had worked with us to develop her own solo which opened the show. She had never danced before and took on the challenge with a unique flare for performance and fantastic characterisation. Esther’s solo started on board, with the audience watching from the shore. The space was challenging, but Esther handled it like a professional and charmed audiences with her performance. 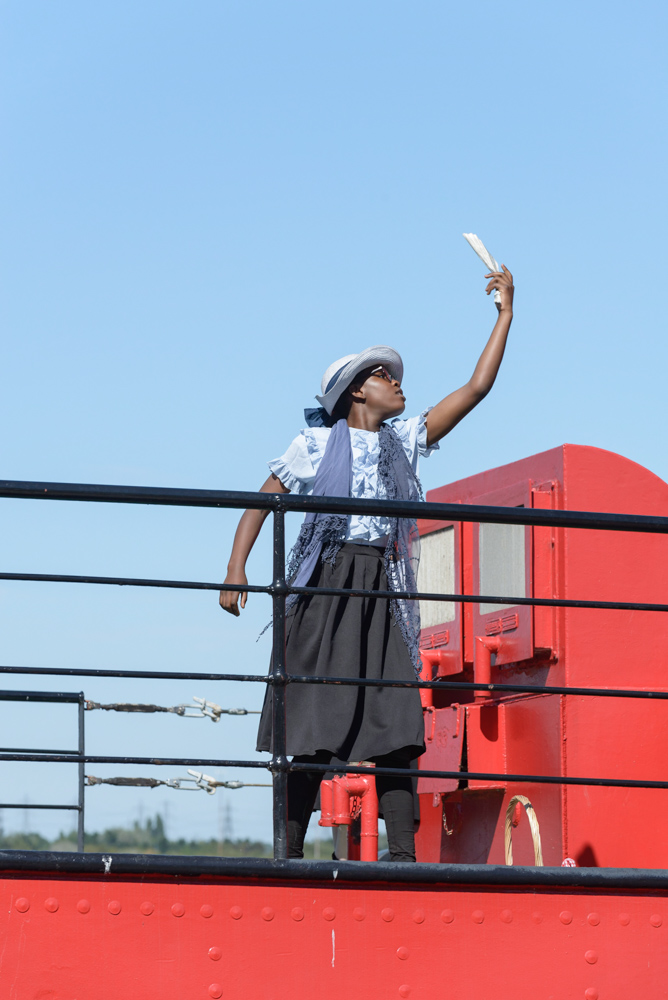 Audiences were led onto the deck, where they found themselves swept up in the jovial atmosphere of a Victorian boat trip. 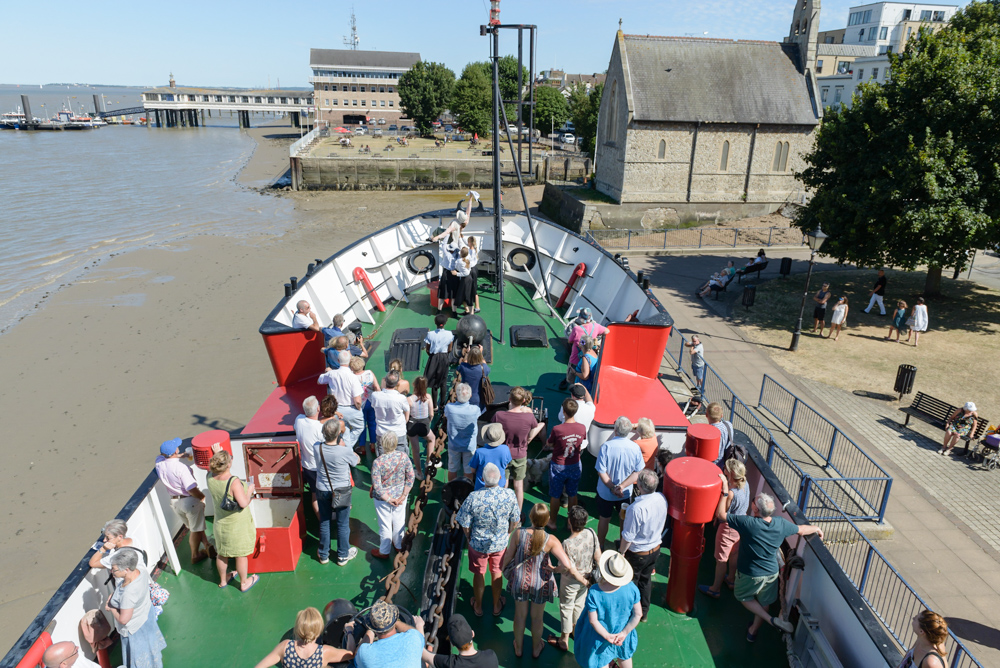 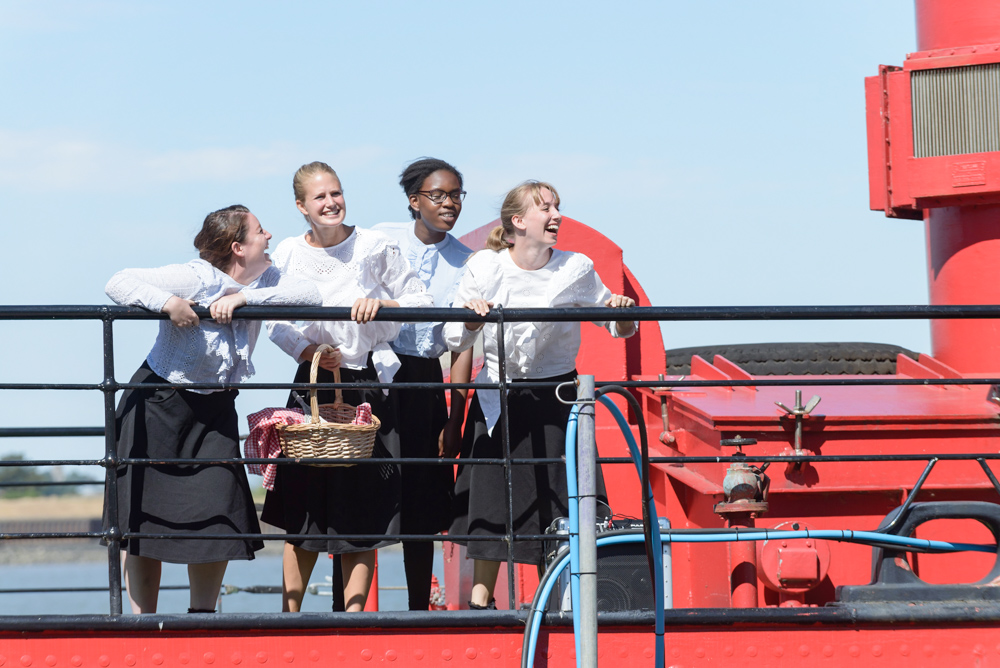 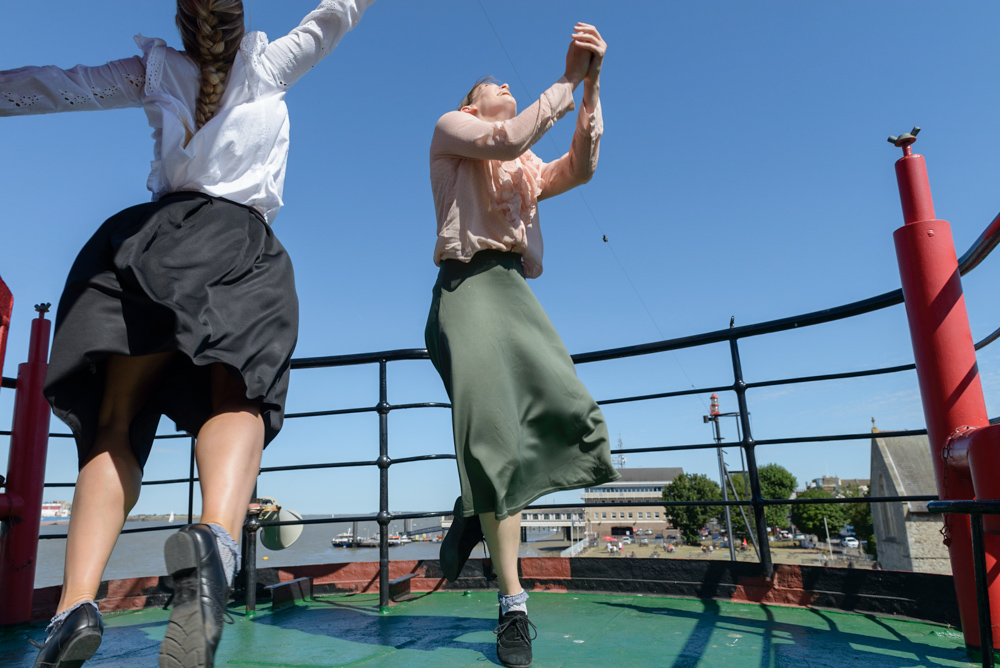 The dancers then dissipated and the audience were encouraged to explore the boat and discover dance happening in different places. For us this was the nerve racking part, as you can never plan how an audience will move around or react. Luckily it was successful, and people enjoyed the freedom to move around and discover the boat. It is a different way of presenting dance as it is up to the audience to go and find the dancers, which adds an element of chance and unpredictability to the performance. Using the venue in this way allowed audiences to get closer to the action and feel a more personal connection with the performers and with the ship itself. 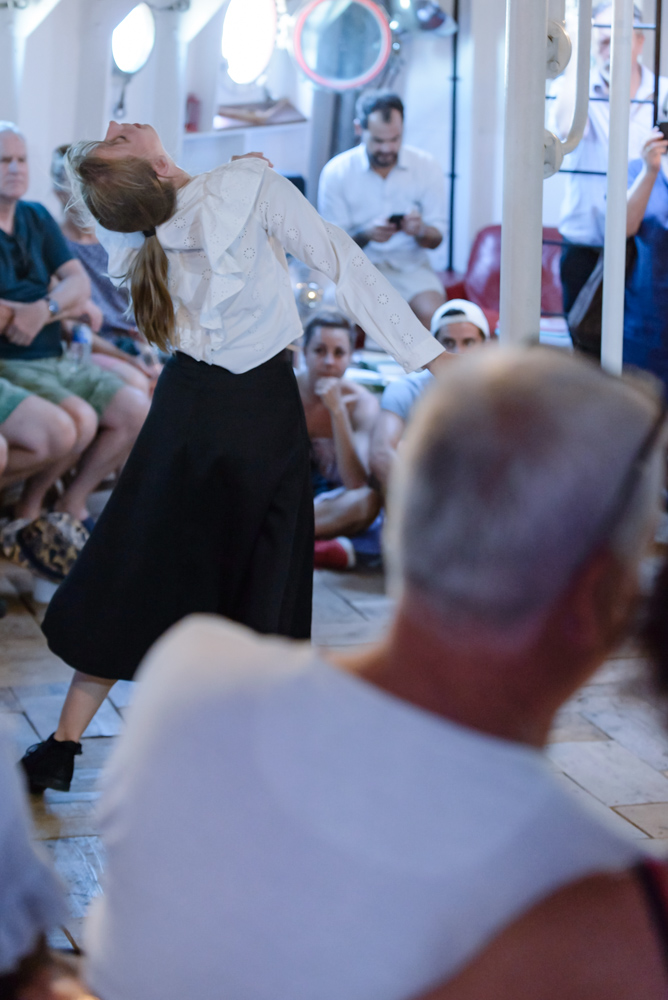 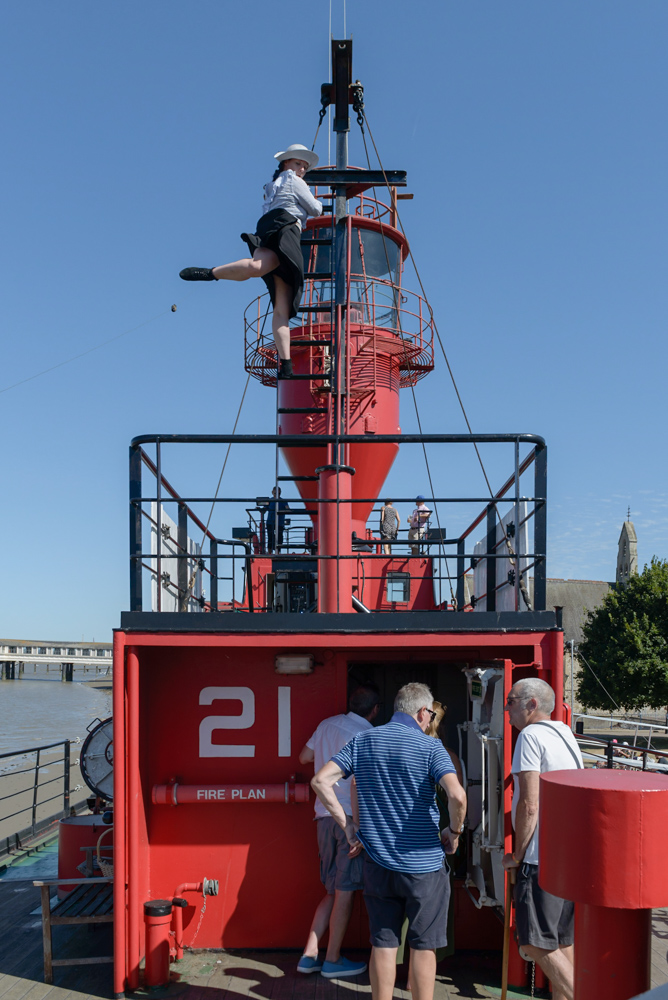 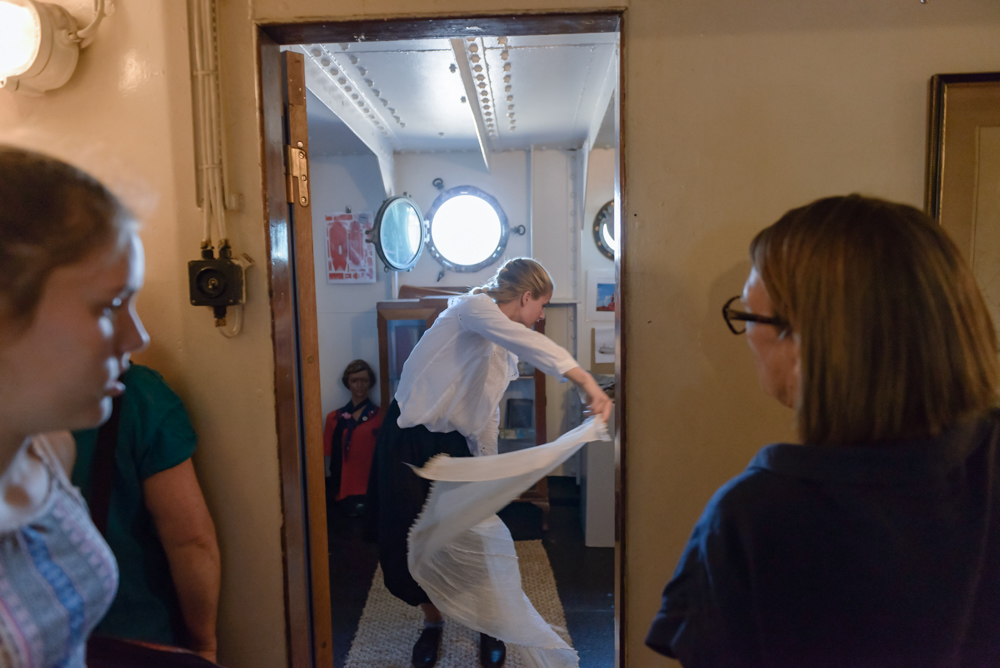 There were some areas of the ship, such as the lookout, which were too small to allow audience into. We created a short film in the lookout which was played on a screen downstairs. This allowed audiences a peek into another part of the ship and also challenged the viewers sense of the and space.

Finally, the audience were gathered back together in the saloon deck for the final section of the performance, where disaster strikes and chaos ensues! The choreography uses the obstacles and obstructions presented by the space to add a new physicality to the movement, making it specific to this unique venue. We found that the narrative was even stronger when presented in this context as it gave the choreography a sense of time and place. The fate of the characters is revealed at the end of the performance in a particularly moving section. Many people commented on how emotional they felt being so close to the performers. 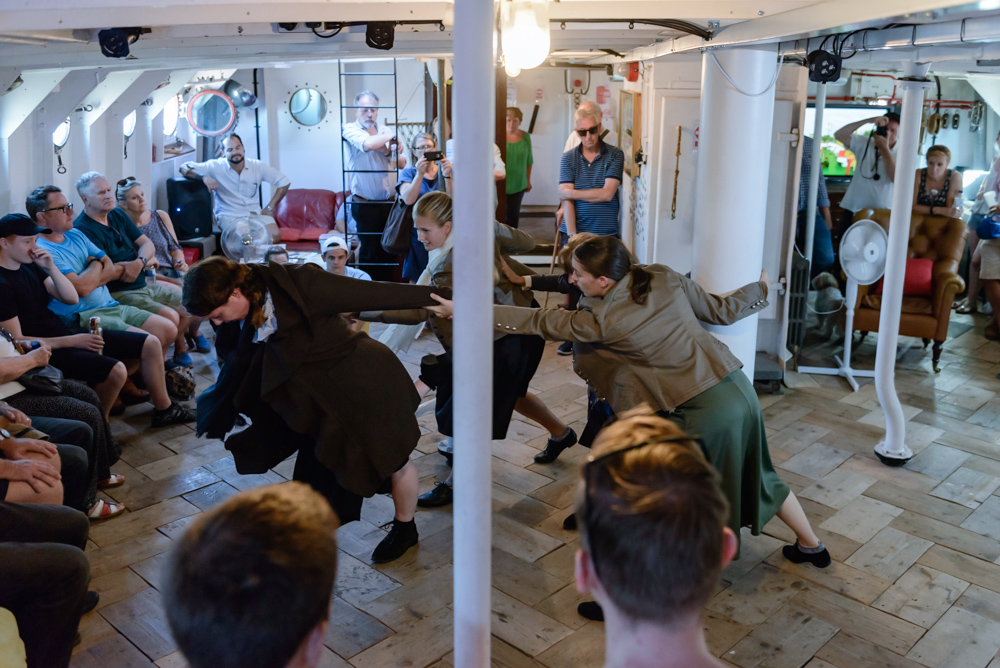 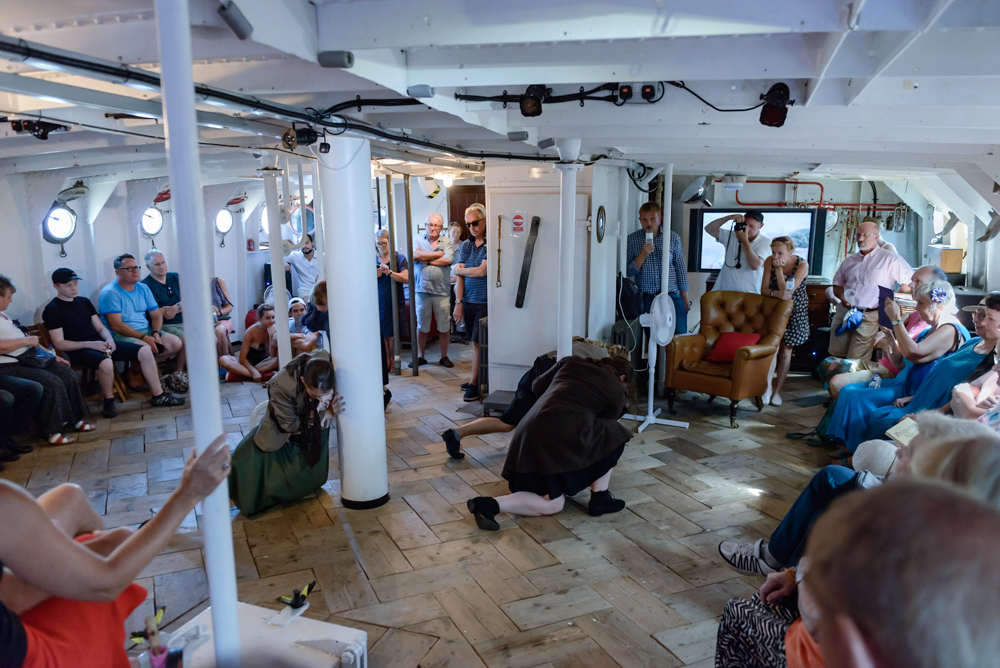 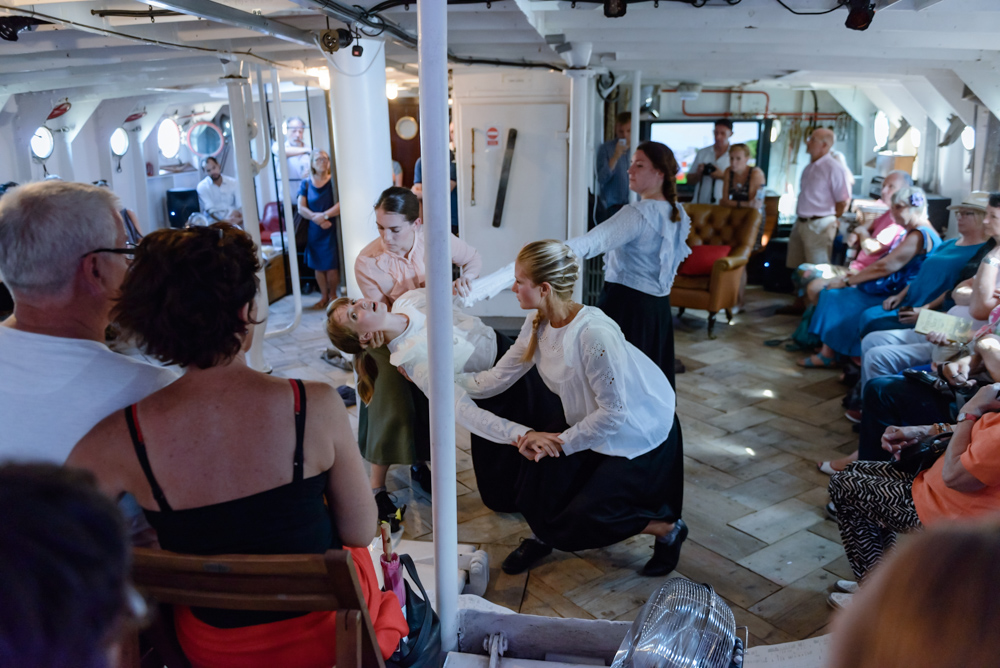 Many people were interested in finding out more about the disaster after watching the performance. We had some of our fantastic research packs available for people to read through and find out more about the historic story. These research packs were created in partnership with Royal Greenwich Heritage Trust and include striking images from London Illustrated News which were drawn at the time of the disaster and depict the disaster with dramatic beauty. We were also selling two beautiful books by Joan Lock who wrote both fiction and non-fiction about The Princess Alice disaster. Joan herself came to the Saturday performance and was able to talk to audience members in more detail about her research when writing the book. 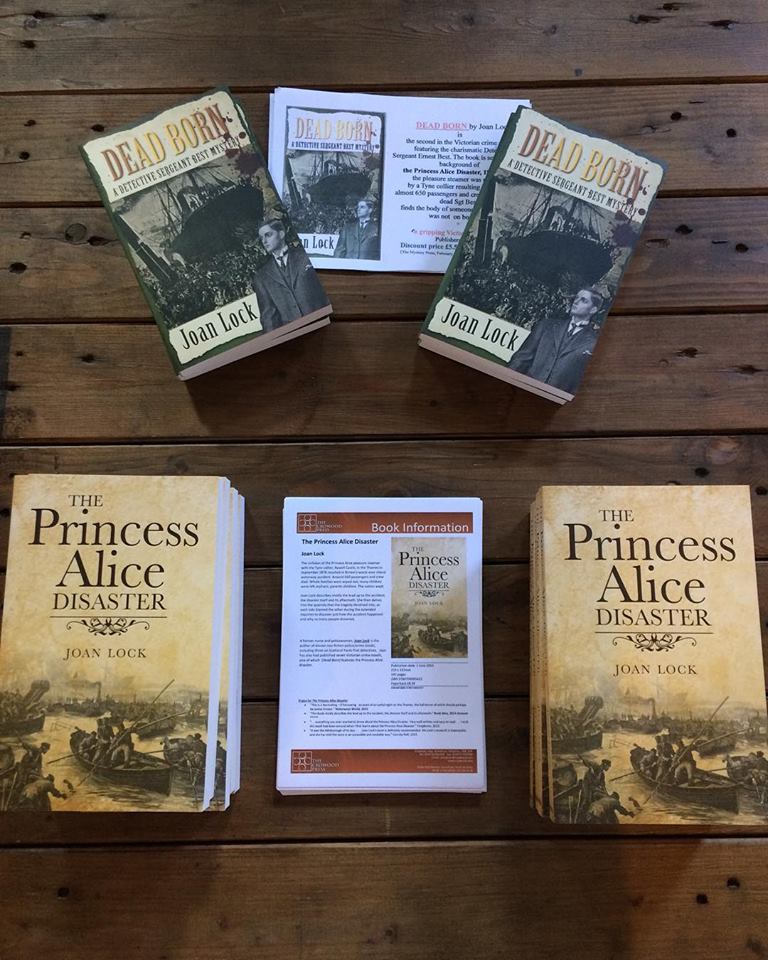 At the end of the performance, the audience were invited down into the hull of the ship to see Nicola Flower’s haunting installation work. Nicola’s work is based on the aftermath of the disaster. It was reported that when people arrived to help with the rescue operation, all that was left was a flotsome of clothes and objects that had floated to the surface of the black, toxic water. These objects were collected, organised and displayed in what became known as the ‘Black Museum’. People searching for family member would go to the Black Museum to search through the objects and if they found something they recognised they would be taken to identify the body. Nicola used pink fabric against the hard, black floor of the ship to create an installation that is striking yet moving. Juxtaposing the performance and the installation offers different interpretations on the disaster, both thought provoking and moving. 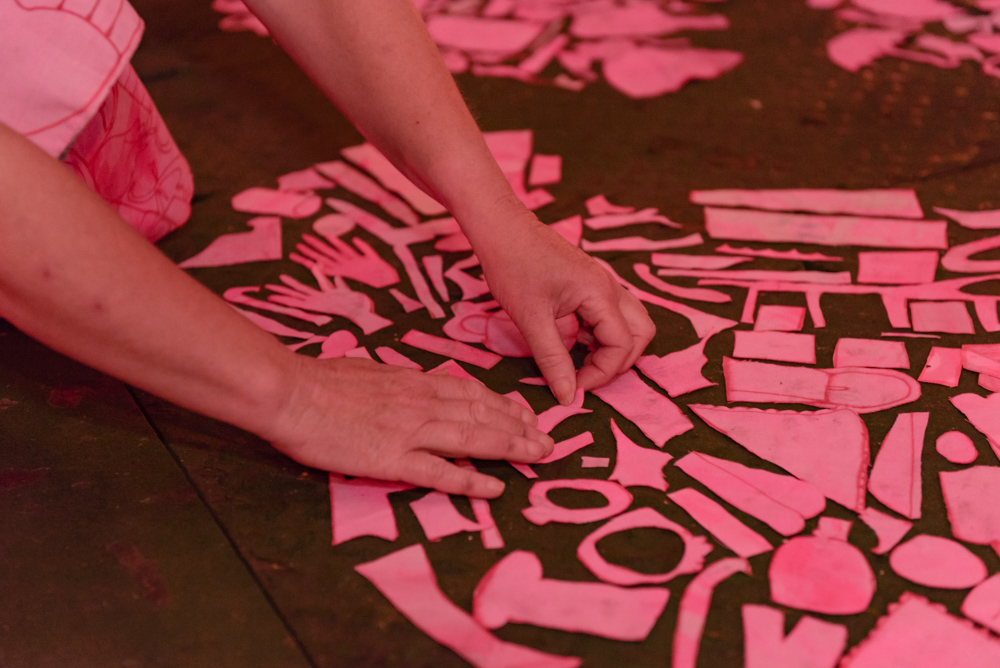 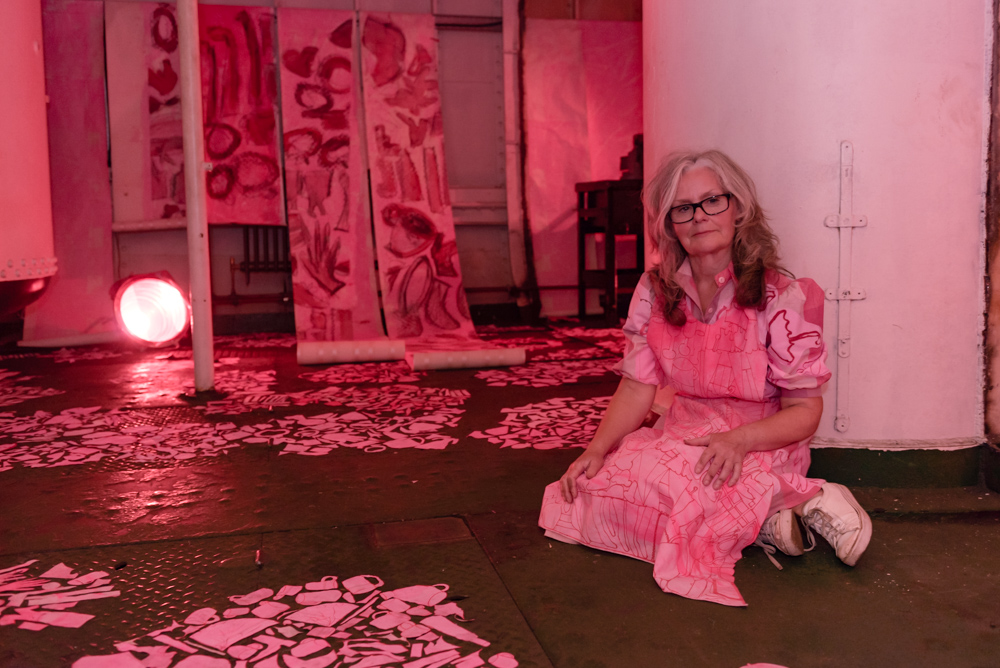 We had an absolutely amazing time working and performing on the boat. Myself and the team have been overwhelmed by the support from LV21 Crew, Gary and Päivi, who were always on hand to help us bring our crazy ideas to fruition! What better place to bring The Great Thames Disaster to life- thank you to everyone who came to be part of this wonderful journey with us!

We are now on a break until September. Our next stop is Barking at part of Totally Thames Festival. Keep an eye on our website and social media for updates! 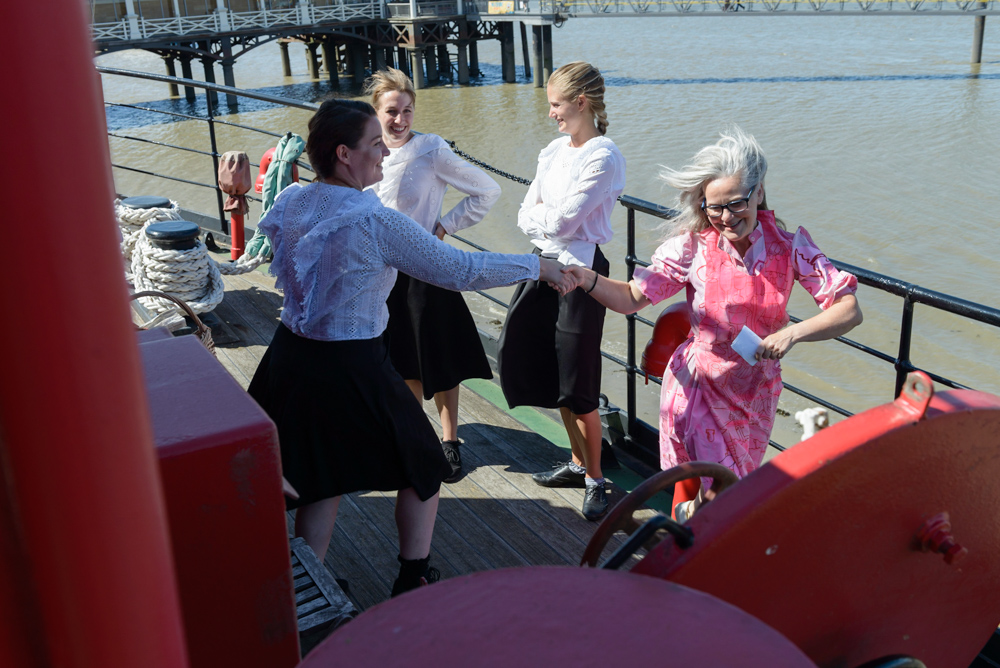 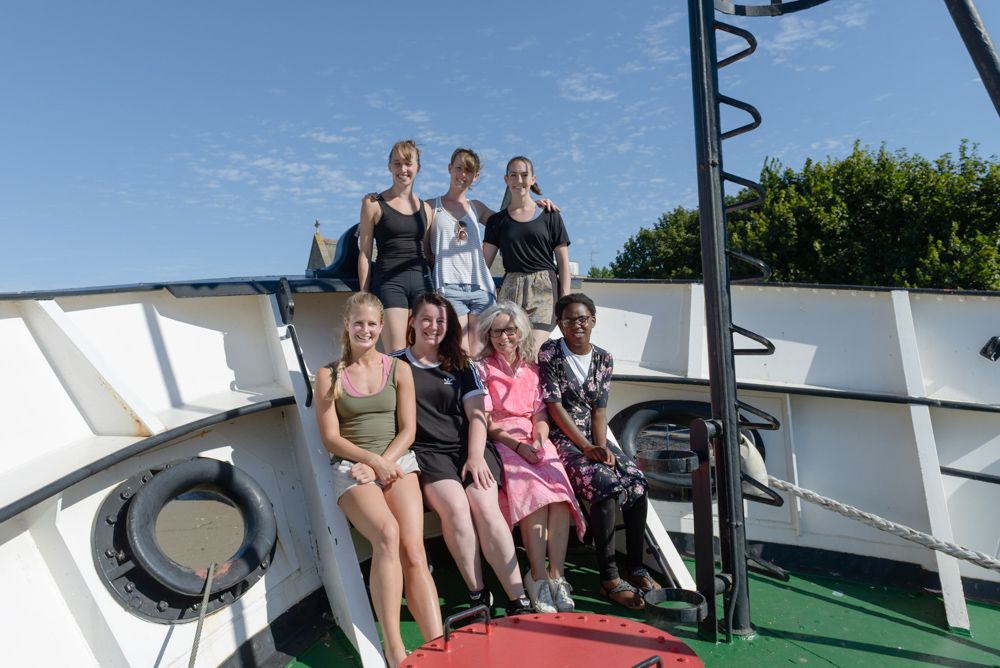